The owner suddenly stopped petting the husky and this was his reaction! 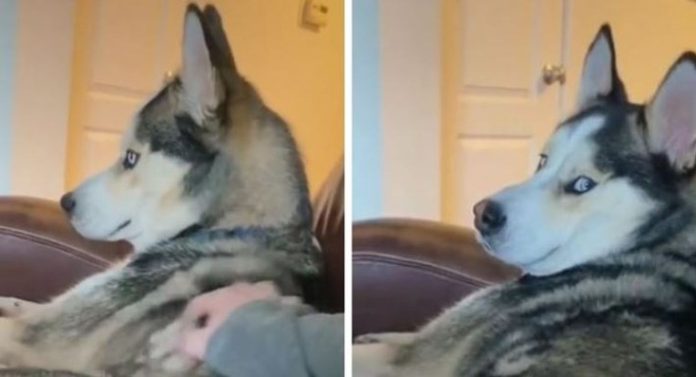 This hilarious husky rested on the couch and enjoyed himself while being petted by the owner, but at one point the owner suddenly moved his hand and stopped cuddling, much to the husky’s unpleasant surprise.

He immediately gave the owner a look that let him know what he thought about it and let out a loud sigh.

Lmao.That side eye at the begining.😂#huskylife #foryou #dog #viral #husky

When he realized that the owner had no intention of continuing to pet him, he grabbed his hand with his teeth and put it back on himself, which made many laugh.

“He sighed as if asking you how dare you,” joked a TikTok user.

“He acts like my dog who always wants attention,” added another.

DISCLAIMER
HuskyPost.com is a participant in the Amazon Services LLC Associates Program, an affiliate advertising program designed to provide a means for sites to earn advertising fees by advertising and linking to amazon.com